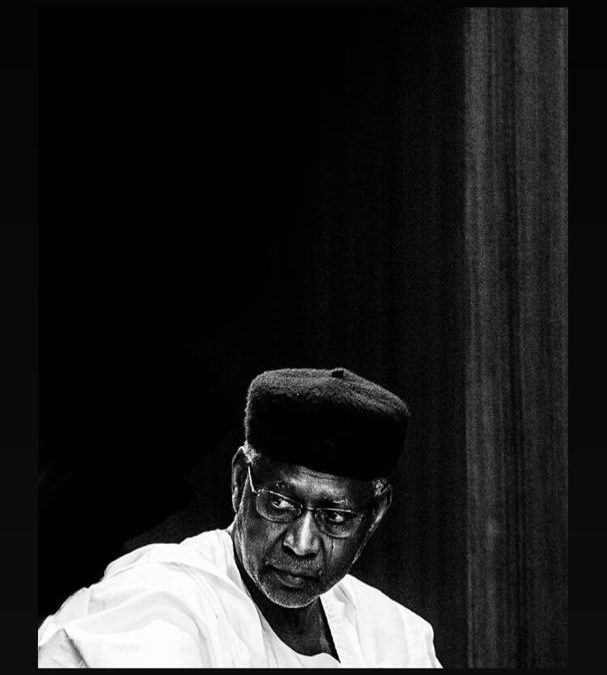 Femi Adesina, Special Adviser on Media & Publicity and Garba Shehu, Official spokesperson to President Muhammadu Buhari announced the demise of The Chief of Staff to the Nigerian President, Mallam Abba Kyari (OON) via Twitter at about 12:44am on Saturday, April 18, 2020. The deceased was feeling well until he tested positive for coronavirus, the pandemic that is sweeping the world.

Upon testing positive to the deadly virus, Mallam Kyari followed all protocols to be isolated. In a memo he signed, he was quoted to have said “I have made my own care arrangements to avoid further burdening the public health system, which faces so many pressures.”

Given to his reserved nature, not many Nigerians know that the Late Abba Kyari served as an Executive Director (Management Services) and then CEO at the United Bank for Africa. Kyari worked for the law firm of Fani – Kayode and Sowemimo and served as Editor with the New Africa Holdings Limited Kaduna.

He was also appointed a Board Director at both Unilever Nigeria and Exxon Mobil Nigeria during his life time. He was also the Secretary to the Board of African International Bank Limited, a subsidiary of Bank of Credit and Commerce International.

He was called to the Nigerian Bar (1983) after bagging a law degree from the University of Cambridge and attending the Nigerian Law School. He also obtained a Master’s degree in Law from the same University of Cambridge (1984). It is also on record that Mallam Abba Kyari studied sociology at the University of Warwick, attended the International Institute for Management Development in Lausanne, Switzerland and participated in the Program for Management Development at the Harvard Business School, in 1980, 1992 and 1994, respectively.

Being Kanuri, Abba Kyari was appointed as Commissioner for Forestry and Animal Resources in his State of Origin, Borno State in 1990.

During his first tenure as Chief of Staff, he worked mainly behind the scenes to implement his principal’s agenda.  His reappointment and subsequent endowment of powers became a threat to other persons who had varying ambitions in the Villa.

In August 2019, President Buhari publicly announced that every communication meant for him or request for audience should be routed through the office of the Chief of Staff, Mallam Abba Kyari. This singular action of the President after the retreat organized for ministers – designates stirred reactions, controversies and criticisms over the new administrative procedures of the Muhammadu Buhari led administration. This made a lot of critics and Nigerians label Mallam Kyari as the de facto head of government. Of a truth, Kyari will always be remembered as an influential figure within the Buhari administration.

You will agree that it is not an easy task to periodically organise the Federal Executive Council meetings in conjunction with the Cabinet Secretariat. He was also swift to arrange all official appointments, engagements and schedule meetings of the President. In the event of an approval at any of such meetings, the late Chief of Staff was charged with the responsibility of communicating such mandates to the Cabinet Secretariat.

Monitoring and coordinating the day – to – day activities of the President; Clearance of all military and civil matters, as well as preparing executive briefs on official issues; Attendance of National Defence and Security Council meetings and following up all decisions reached at such meetings were his responsibilities.

Before the demise of Mallam Abba Kyari, he could boast of a team of young, professional, knowledgeable and patriotic colleagues, whose dedication has been beyond the call of duty, who continued to work seven days a week, with no time of the day spared even when he became ill. They would miss him the most. So will his principal, President Muhammadu Buhari.

Mallam Kyari will be remembered as an astute professional who had changed the dynamics of the Presidency from August 2015 till March 2020.

May his soul rest in peace.